The Artist’s Way of the Cross 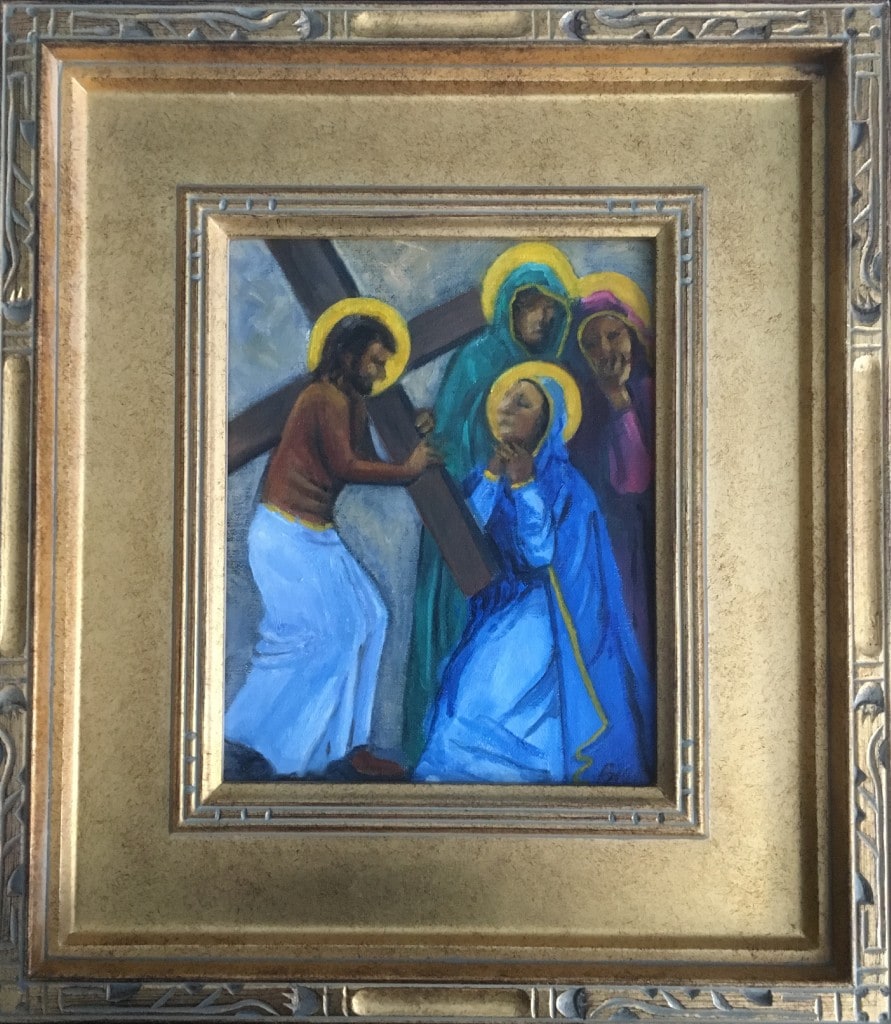 I taught at an inner city school in Kansas City, MO and once took my class to see stained glass at Grace & Holy Trinity Episcopal Cathedral. One window depicts a black saint (St. Cecelia) and few students have seen stained glass windows (or a saint) with their color skin. Jesus was often depicted as Caucasian (with pathos, not the horror which the situation might warrant), so I decided to depict Jesus as mid-eastern; then later as black. On researching, I found that much of South American art depicts Jesus as black, and that mid-eastern means many different skin colors. In pondering this passage, I thought about the reaction of Mary, Mary Magdalene, and Mary, wife of Clopas, as well. I was struck by the lack of emotion from the women in historical art. Most depicted a pathos: a gentle suffering. We are bombarded with the horror of suffering in the media today and forced to confront grief; mourners in Beirut pictured in the New York Times showed the emotion I wished to emphasize, so I referenced the image for my painting. I have tried to emphasize the universality of the Christian religion. I would like to go back to my inner city school to hang my painting of the black Jesus.

Conversation with the Artist

Click here to learn more about our Lent 2016 offering, the Artist’s Way of the Cross.

About The Rev. Erika von Haaren 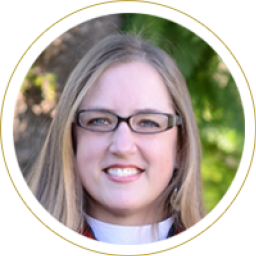 Vicar at Saint Barnabas. Priested and at Saint Barnabas since 2006. Certified Daring Way Facilitator. Jesus follower, gratitude practitioner, wife, mother to three little ones who keep me joyful and honest.

View all posts by The Rev. Erika von Haaren